The SWEET project is designed to help women improve their lives and achieve their goals. It helps women from ethnic minorities in West London who would like to get a full or part time job or at least to take the first steps towards getting a job, for example by starting some training or doing a work placement. The project is funded by the European Social Fund and the National Lottery, through the Big Lottery Fund.

Paddington Development Trust is the lead partner coordinating the programme. It works with the following partners: 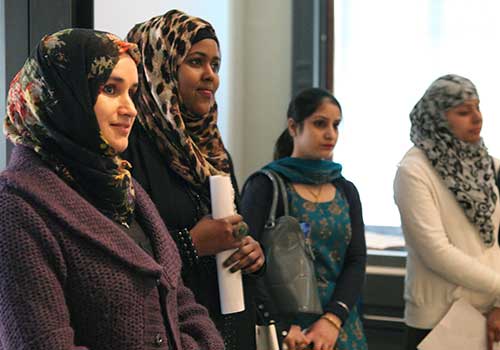 Zahra started at ELATT on the SWEET project in September 2017.
She had heard about the course through a friend who was attending a course with ELATT.
After her first ESOL session she did not want to continue in the class as she felt that everyone one else already had at least a basic command of English but she was struggling to understand even simple questions. Her friend convinced her to stay a little longer and assured her that the class was fun and she would pick up the language quickly, using herself as an example.
Not long after, during an IAG session, her confidence improved when the tutor suggested that her lack of English language should not prevent her from gaining employment or even starting her own business (something that she had had when she had lived Portugal for a few years).
Over that term her confidence and ability grew until she was speaking a lot more fluently. With her tutor’s support she managed to create a CV, find out about various job opportunities, learn about interview techniques, register with an employment agency and now has secured a position preparing the meals for Emirates Airlines at Heathrow Airport.

We use cookies to ensure that we give you the best experience on our website.
I accept